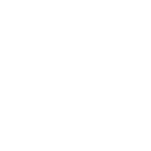 SYNOPSIS
Jason's movie career is in ruins. One afternoon he stops by a local bar, and shares his story with the bartender. He tells a tale of friendship ruined by movies, lost love and bad choices. Will he find redemption in the envelope he refuses to open?

48 HOUR FILM PROJECT
Created for the 48 Hour Film Project Boston 2016, "Life After Goremaxx" drew the category coming of age story.
All teams had to include the following required elements:
Character: Paul or Paulette Kubiak, a connoisseur
Prop: an envelop
Line: "What's that supposed to mean?"

BEHIND-THE-SCENES
James Manning created this wonderful time-lapse of the making of this short film.